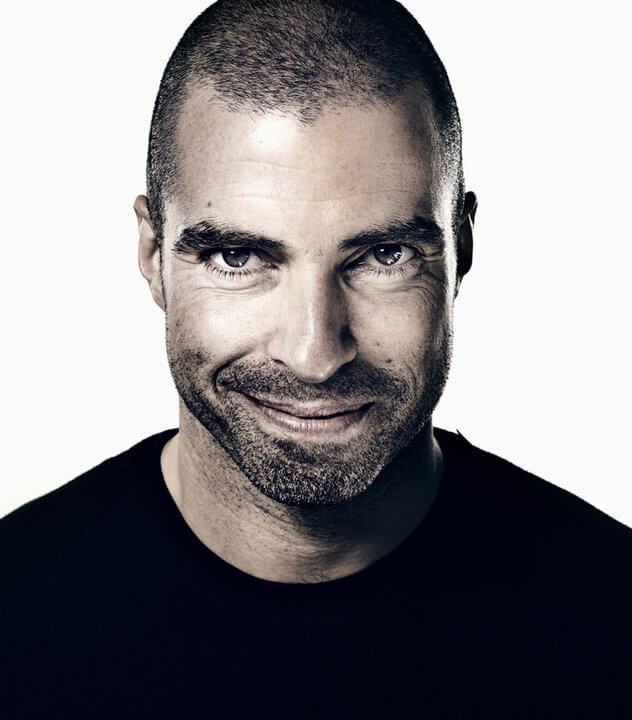 After almost three decades of performing in over 150 countries around the world, restlessly producing music, running several labels including the legendary CLR imprint and hosting countless weekly radio shows – AMFM radio show currently broadcasts on 44 stations in 28 countries worldwide and reaches around 5 million listeners every week, things have come full circle for Chris Liebing. The Frankfurt/Germany based ambassador for uncompromising, unpolished techno keeps on traveling the globe on a never-ending tour, while at the same time releasing very personal, emotionally articulate electronic music on his all-time favourite label Mute Records. Remixing his musical heroes Depeche Mode or having the undisputed Gary Numan as guest vocalist on his third studio album “Burn Slow” are only some of the recent dream come true moments he would have never imagined when he listened and danced to their music in his youth.

Since the beginning of his journey as a performer and creative in the early 90s, Chris has always been searching intuitively for a certain ritual energy and an archetypal rawness in his music. A residency at the infamous Omen club in Frankfurt in the middle of the 90s was the steppingstone for his international DJ career, while his original productions and remixes have equally formed part of his artistic output from early on. Collaborating with Dutch techno legend Speedy J on their joint Collabs 3000 project in the early 2000’s and most recently teaming up with Belgian shooting star Charlotte de Witte for the production of her label´s debut single, are examples for the musical free-spiritedness of an artist who is continuously re-inventing himself, doing exactly what he wants to do without asking for anyone´s approval beforehand.

As one of the first artists to fully embrace the digital revolution in his DJ set up, playing with four decks, two computers and a selection of hardware instruments, it’s a process that has continued to evolve. The current list of companies that Chris has worked closely with as an official brand ambassador ranges from Native Instruments, Allen & Heath, Antelope Audio and PLAYdifferently. In 2020 Chris Liebing can look back on a long list of memorable career milestones, but nostalgia is an unknown feeling for someone who is currently producing his fourth studio album – the follow-up release as an official Mute Records artist, as to him the present moment appears way more significant and exciting than any past achievement could possibly be.