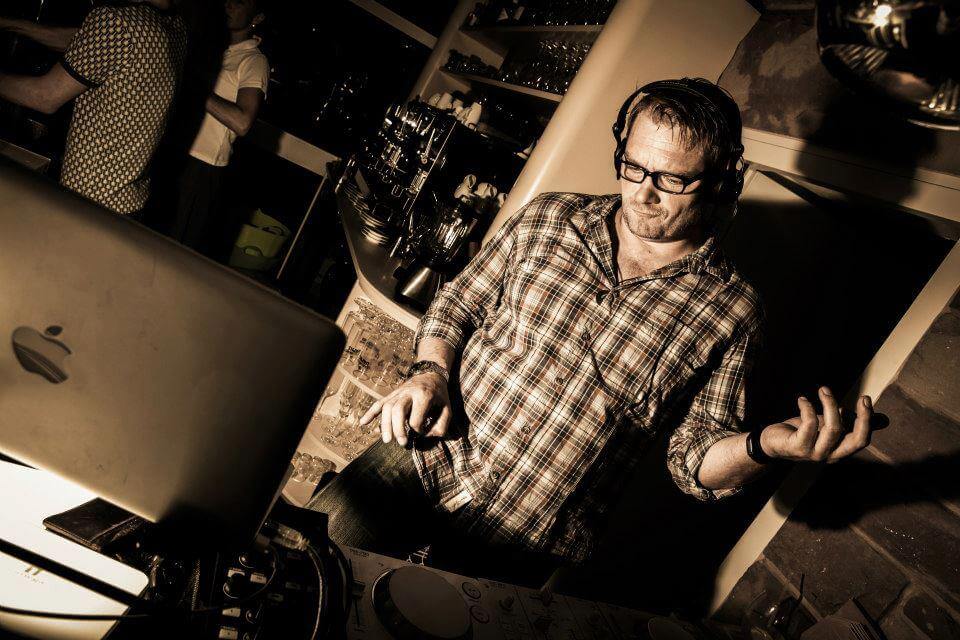 By way of introduction, I’m breaking away from writing everything in the third person… It’s my page, it’s about me, myself and I, so I’m writing this in the first person!
I first saw the light of day in Oberhausen (North Rhine-Westphalia) in November 1972! Like just about everyone, I went to nursery and then school. After that I started an apprenticeship as a painter and varnisher, which I successfully completed 🙂

“Always stay in the groove.”


I’ve been living for some time now in the small and beautiful Saarland! It still amazes me that so many people don’t know the Saarland… Damned cheek 😉
Now to the music…. what do I do and why do I make music? I’ve loved listening to music since my childhood! I liked trawling through my uncle’s record collection and listened to music for hours on end. The songs and artists I liked listening to as I grew up included Pink Floyd, Chris de Burgh, Sailor and Kraftwerk – to name but a few. Then came the 80s and the 90s! During the 90s I often went to clubs and through a DJ friend of mine I started off as an LJ (light jockey). I did that for almost 3 years, working in three clubs as an LJ. Then a DJ colleague asked me one time if I could stand in for him one evening as he’d suddenly got a toothache. I should add that I he’d always let me do some DJing at the start of the evening to kick the show off… So anyway, I said YES and quickly started sorting through my CDs. I also said I needed a Jack and Coke or two… just to calm my nerves, you understand 🙂

So the evening started off, the punters came and the music started playing! All the same, I was still feeling pretty nervous, and the Jack and Coke wasn’t really helping much apart from giving me a headache within that first thrilling hour 😉 OK, so the first few hours went off really well… there was a track playing and I was looking desperately for the right sound to put on next… but I couldn’t find anything, so anyway, while I was rummaging through my CDs I’d forgotten all about the track that was still playing and was still searching under the decks for what CD to put on. Then the track came to a end and a sudden deathly hush filled the room! Everyone looked over to where the DJ should have been… where’d he gone to? 🙂 I emerged from under the desk and the only thing I could think of to say was “Shit!”. Even without a mike, the word resonated loud enough for everyone to hear and make them laugh out loud 🙂 That got me laughing too, so I just put some track or other on and the party was saved right to the end. In fact, everyone came over to thank me for such a great night! I reckon you should be able to laugh at your own mistakes and not take things too seriously…. The main thing is to have fun and people feel that from the music you play!

Anything to do with music in some way involves emotions and feelings! But you shouldn’t just rely on your own, especially if you’re not feeling up to scratch and you end up playing… to put it bluntly… funeral music at a party 😉 So you should always have a bit of everything and then everything will fall into place – and anyway you can’t please all of the people all of the time!
Now to the main thing! I’ve been on the road as a DJ now since 1995 and have already played several clubs here in the Saarland. Some of them don’t exist anymore. I’m currently working in Saarbrücken, which is also the capital city of the Saarland!
As far as musical directions are concerned, I’ve always played just about every genre; that’s also had a big influence on me, being open to many different styles of music. My particular favourite is and remains… still inspired from back then by Kraftwerk and Depeche Mode… electronic music! I just find it neat that you can also combine this type of music with classical and simply hand-made music.

Back then I was greatly inspired by the likes of Nalin & Kane and Moby, and also our daddy Sven Väth along with many others! The style I’m into these days is a mix of deep house, tech house, melodic tech(no) and minimal pop… Sometimes I no longer know myself what to call a given track or what particular box to put it in. There are so many categories and subcategories in the world of electro where I often wonder if the artists themselves know what category to put their own track into 😀